Welcome back. We’ve missed you, though truth be told we’ve actually been avoiding you. It’s been a busy, busy, busy “off-season” at The Big House – well, it’s usually our off-season, but this year’s different. That’s because our baby AoE is growin’ up real fast, and we’re making sure she’s got all the things she needs for the next stages in her rapid development. One of those things was new blood, and since we couldn’t afford a transfusion (#savemedicare) we scoured the country until we got some. As it turns out, you can get blood from Stones. Who knew? Say hey to the newest member of the team, Event Manager Jeremy Stones.

AOE Blog: So who the fuck are you?

Jeremy: My name is Jeremy. My mates call me Bones.

I’ve heard they call you plenty of other things too.

No need to get into that here. I love new music, food – both cooking and eating – motorbikes and snowboarding. I have a gorgeous baby daughter named Marley with my wife, Jessie, and a dog named Pickle.

A very wholesome, well-rounded man, you are. Tell us about your very first on-site festival, tour or event experience.

The first event I was involved in was called Wonderland, which happened at an abandoned old bird sanctuary in the Gold Coast Hinterland in 2008. Although I was only involved quite late in the piece, I wanted to be hands-on and helped out with the site build, generally helping pull the event together.

This was before I embarked on any Serious Music Industry Endeavour and although I was only volunteering my time, the satisfaction of bringing it all together with a great team of people was the the spark I needed to quit my job and move to Melbourne to study Entertainment Business Management.

Inspirational! What was the first festival you ever attended as a punter?

The inaugural Homebake at Belongil Fields, Byron Bay in 1996.

Nathaniel’s first professional gig was Homebake in Sydney that same year, for those playing along at home.

Yeah! Grinspoon were the Unearthed band that year and Silverchair were in peak ‘Frogstomp’. The entire event was a complete mud pit, and quite eye-opening for my first licenced all-ages event. I could just cut loose with my friends.

The Mark Of Cain, Tumbleweed and Grinners blew me away, but my best memory is Daniel Johns storming off stage after wearing a muddy shoe to the head, thrown from somewhere deep in the crowd. I was 15 and thought the chaos was fucking brilliant.

How did you get your start in the music industry?

After finishing studying and working for a small promoter in Melbourne, I moved to Sydney and began managing The Delta Riggs for the best part of six years. I rented a small office in the old BJB Studios building and shortly after I began day-to-day tour managing for Angus and Julia Stone. That was during A&J’s ‘Down The Way’ record cycle, and the experience working with and learning from a team who were really at the top of their game was invaluable.

As manager of The Delta Riggs, we supported Foo Fighters on their 2015 Australian stadium tour. Huge stages, massive crowds and the boys brought it large. The whole thing – from our point of view – ran super smoothly and we made some great friends on that tour too. Watching the guys tear the roof off ANZ and Etihad Stadiums was something I’ll never forget.

Impressive. What are some big things you’re hoping to achieve in the next, say, 5 years?

To continue learning from the team at AoE and further my relationships and experience within the Australian international touring industry. Hopefully that means bigger roles on large events, as well as helping grow new ideas!

That…is the correct answer. What artist dead or alive would you most like to see live?

FYL indeed. What do you do better than anyone else?

Not sure if better that ANYONE, but I love site design and layout; walking though a blank space and visualising what it could become!

Wrapping up. A minute ago you finished bump out on the biggest festival you’ve ever put together. What’s your refreshing beverage of choice?

Some kind of delicious IPA, and keep them coming please!

In the next eight months, I’ll be event manager for a couple of festivals north of Sydney, both of which are growing and using new sites and site layouts. I’m looking forward to helping develop these and hopefully other festivals into major events on the Australian calendar. And I’m working Splendour right now! 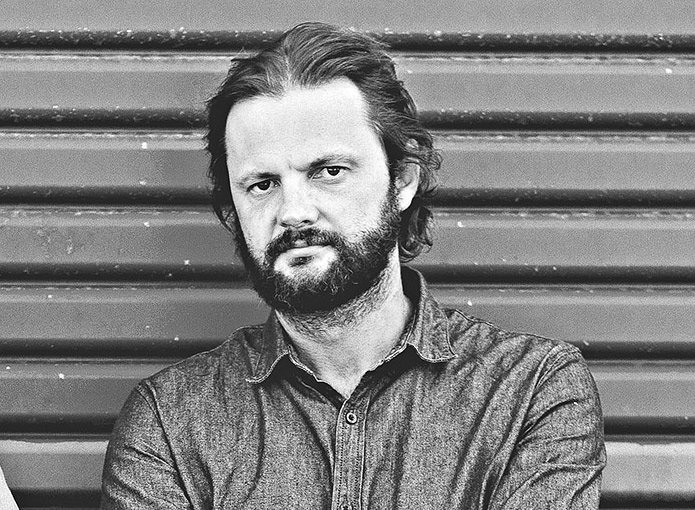